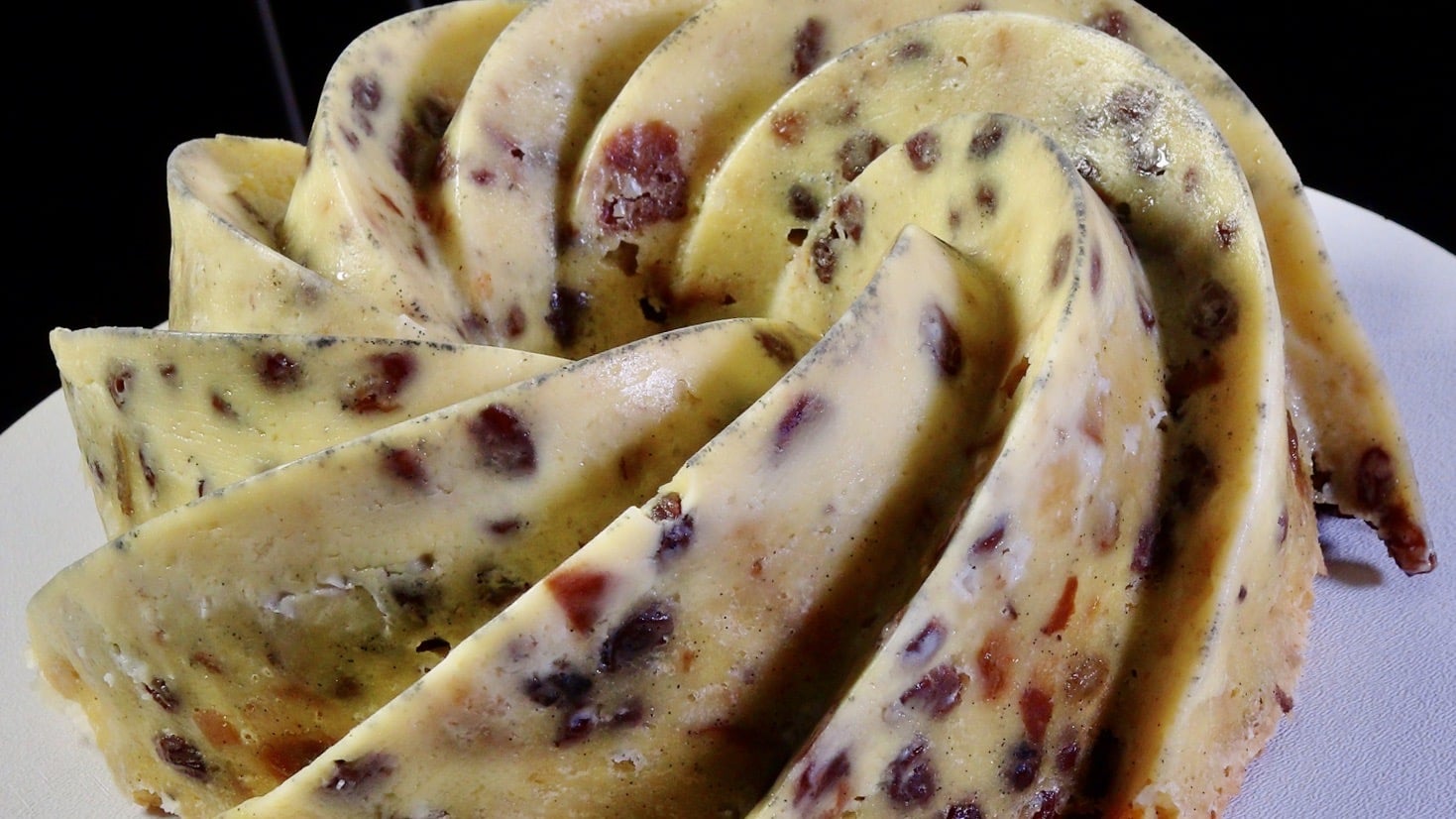 Bread pudding also known as diplomate is a dense bread-based dessert popular all over the world. Made with stale bread, milk, eggs, sugar and dry fruits as well as spices such as cinnamon, nutmeg or vanilla. The age-old technique of reviving stale bread slices by dipping them into milk-egg mixture and frying to a crisp golden brown is known in France as pain perdu (lost bread or French toast); very similar to bread pudding. Leftover brioche, croissant or panettone make much better pudding. If using bread add 120g sour cream, double the amount of sugar and raisins, and add 2 lemons and oranges zest. If using panettone, the tutti frutti wont be necessary. To make panettone watch the Panettone Taste of Italy video.

Butter and flour cake pan. Cut bread or brioche into cubes. Meanwhile beat eggs, yolks, sugar and vanilla. Add milk and pour the custard over the bread along with the marinaded fruits. Allow it to absorb all liquid. Let sit for about 30 minutes. Transfer mixture into prepared mold.

Position the rack in the lower third of oven. Preheat oven to 350°F/180ºC with a shallow dish or skillet filled half way through with boiling water. Bake bread pudding for about 55 minutes. Remove from oven and place pudding over ice water for an hour to cool faster and refrigerate. Remove from pan and serve. Enjoy!