Panini Sandwiches are very famous in Italy as the great grilled sandwiches. They are very versatile in its preparation with many possible ingredients. Most commonly used are cured ham and cheese. The bread used for making the panini sandwich should be relatively dense to hold the ingredients. For ultimate results, panini bread such as ciabatta and focaccia should be pulled out from the oven before it turns brown; it is called white bread ''pain blanc''. Ciabatta, focaccia, sourdough campagne and pain de mie are among the best choices for grilled sandwiches. A panini sandwich is a seared sandwich from which the cheese must melt but the rest of the ingredients should remain at room temp. In order to achieve that, you would need a commercial grade panini press. It allows the sandwich to get the grill marks in less than 3 mins. Great news, your cast iron griddle will do just that.
If you own a restaurant or you want to make it at home, this panini will be a hit!.

To make the focaccia bread, follow my recipe linked on the ingredients list. My focaccia recipe makes 8 portions – save remaining bread for later use. Bake focaccia for panini at 500ºF/260ºC for 12 to 14 minutes. 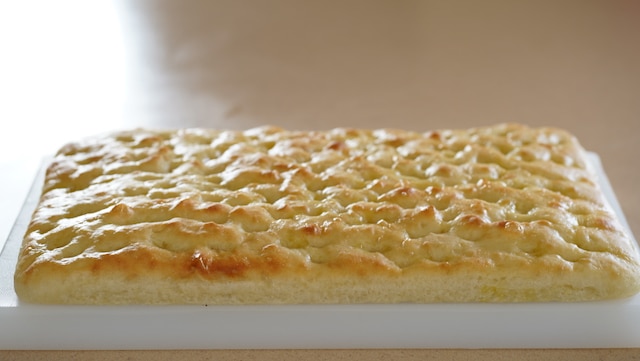 In a small saucepan, reduce balsamic vinegar along with sugar to syrupy consistency. If it ends up too thick, add more balsamic – give a quick boil and set aside. Once at room temperature it should get to honey-consistency. Reduced balsamic vinegar can beautifully enhance fresh strawberries, citrus fruits, caprese salad and margherita panini.

Slice bread lengthwise and cut a few slices of brie. Cover the bottom bread with the first layer of cheese. Add some fig spread, a prosciutto chiffonnade, arugula, a drizzle of balsamic reduction, more cheese, ground black pepper and toasted and crushed hazelnuts. A drizzle of black or white truffle oil can be added if desired. Add a thin layer of fig spread on the bread and enclose the sandwich. Since focaccia is already soaked in EVOO, brushing more on top prior to grill remains optional.

Heat up cast iron griddle on low heat. If using a panini press, follow the manufacturing instructions. When cast iron begins to smoke; it's ready. Grill sandwich for about 2 minutes on each side, gently pressing the bread down as it grills. Let rest a min or so before slicing. Enjoy! 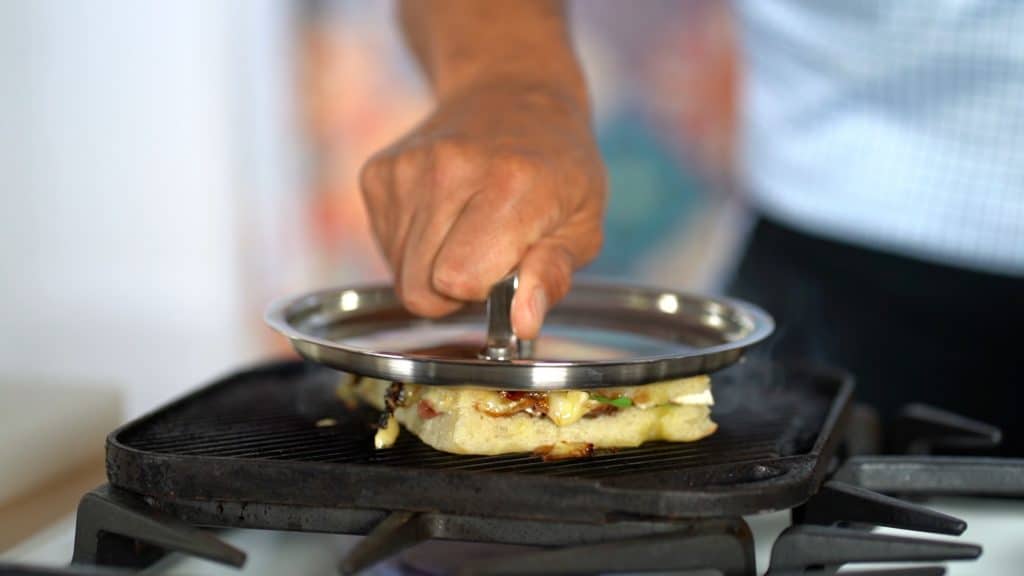 Transfer panini on cutting board and let it rest for a minutes or so before cutting. Enjoy!