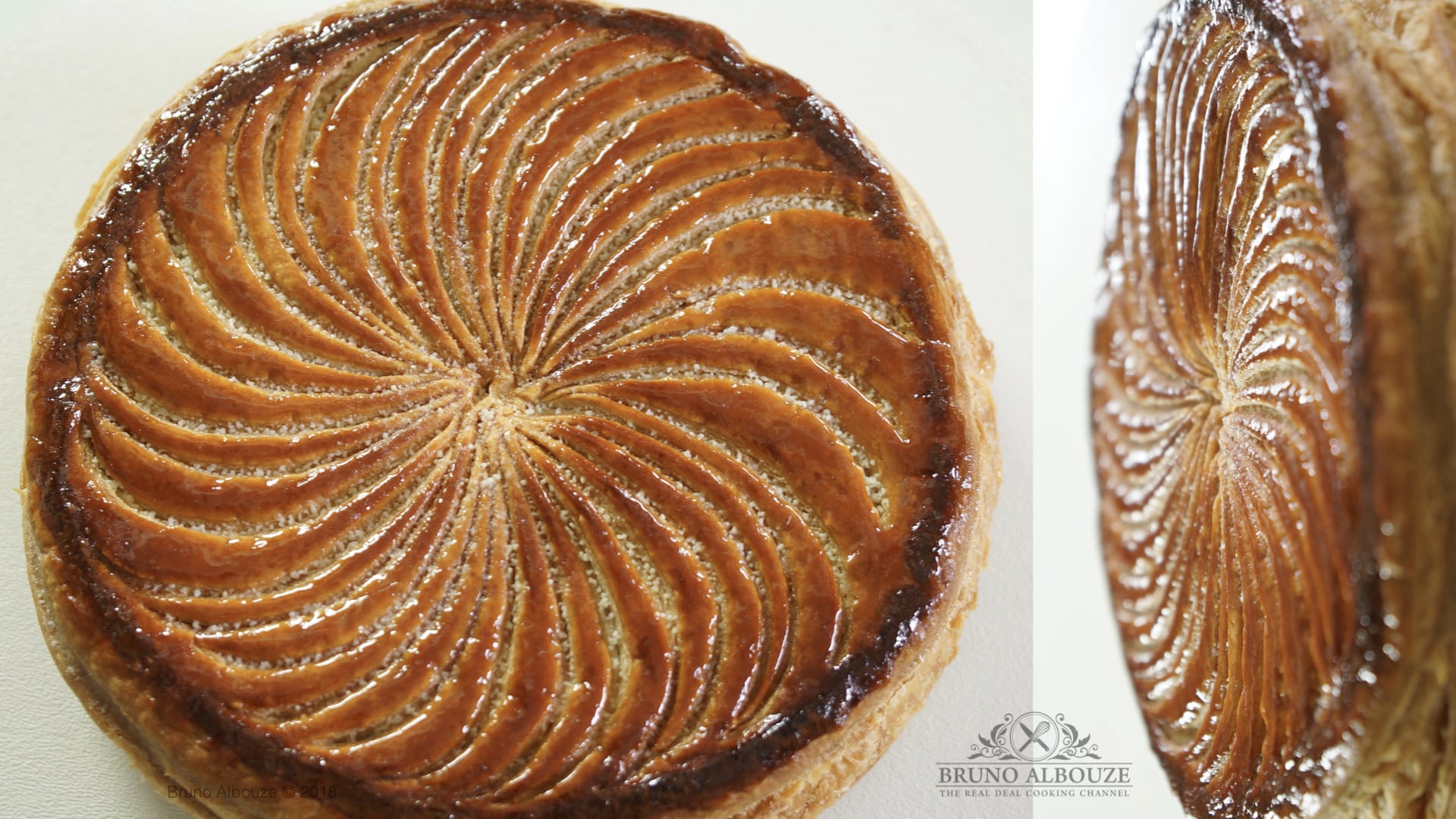 The "king cake" takes its name from the biblical three kings. In Catholic liturgical tradition, the Solemnity of Epiphany - commemorated on January 6 - celebrates the visit of the Magi to the Christ Child. The season for king cake extends from the end of the Twelve Days of Christmas, up until Mardi Gras, or "Fat Tuesday;" the day before the start of Lent. The cake traditionally celebrating Epiphany in France and Quebec is sold in most bakeries during the month of January. Two versions exist: in northern France and Quebec the cake called galette des rois (which can be either circular or rectangular) consists of flaky puff pastry layers with a dense center of frangipane. In southern France the cake called gâteau des rois is a torus-shaped brioche with candied fruits and sugar, similar in its shape and colors to a crown (Rosca De Reyes / See Video & Recipe). Tradition holds that the cake is “to draw the kings” to the Epiphany. A figurine, la fève, which can represent anything from a car to a cartoon character, is hidden in the cake and the person who finds the trinket in their slice becomes king for the day and will have to offer the next cake.

*Bring to a boil water and sugar. Use at room temp. The syrup can be subbed for maple syrup or agave nectar.

For the pastry cream: bring to a boil the milk. Meanwhile, combine egg yolks with sugar, and starches. Temper yolk mixture with hot milk whisking constantly – return to the stove, bring to a boil and cook for 2 min mixing swiftly. Transfer onto a frozen tray lined with plastic wrap. Cover with another plastic wrap sheet in contact; cool to room temperature and chill. Separately, beat soft butter with sugar, starch and almond meal. Add the egg and rum and mix well; set aside. Beat the chilled pastry cream to smooth and fold in almond cream. Use what you need for the cake and save leftover for later use.

Beat the egg with the yolk with a pinch a salt; sieve or use an immersion blender.

Roll out 2 sheets of chilled puff pastry into 0.14''/3mm thickness and chill to rest for about 20 min. Cut one sheet (bottom) into a 9''/23cm disk. Cut the second one (top) into a 9.5''/24cm disk. Place the bottom pastry on a tray lined with silicone mat, or parchment. Moisturize it with a sponge, then place the bottom pastry (Humidity prevent from shrinking). Pipe out a whirl of frangipane cream (0.75''/2cm) thick leaving an inch/2.5cm free space off the edges. Place a trinket (fève) if desired. Brush out the edges with water (avoid using egg wash for that matter). Then, place the top pastry. It should match the bottom seams because it was made slightly larger. Seal edges with your finger tips and chill the galette. Once chilled, flip. Make a small hole in the center and egg wash twice. Score using the tip of a pairing knife. Leave the cake to rest one night in the refrigerator prior baking. A this juncture, the galette can be kept frozen for up to 3 months.

Conventional oven: Bake at 400ºF/205ºC for 15 min, then lower temperature to 375ºF/190ºC and bake for an additional 45 min. Convection oven: Bake at 375ºF/190ºC for about 50 min. For a glossy finish, brush cake with simple syrup while still hot. Serve king cake (Galette Des Rois) at room temperature with sparkling wine. Bon appétit!